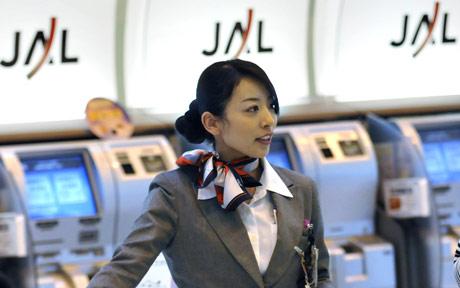 New Japan Airlines (JAL) uniforms have long been in demand in the local sex industry for customers keen on role-playing fantasies, while rare specimens that have actually been worn are hugely sought after by fetishists and are worth their weight in gold.

While many shops sell credible copies for under £100, genuine JAL uniforms can reach a fortune if sold on the black market. Historically, says Yu Teramoto, the owner of a specialist costumier in the Akihabara district of Tokyo, real JAL outfits have been virtually impossible for buyers to lay their hands on. However, the post-bankruptcy prospect of huge layoffs at JAL – especially among uniform-wearing air-crew – raises the prospect that former staff will attempt to sell their outfits for a profit.
END_OF_DOCUMENT_TOKEN_TO_BE_REPLACED

They could very well follow the French ideal of passion over happiness.